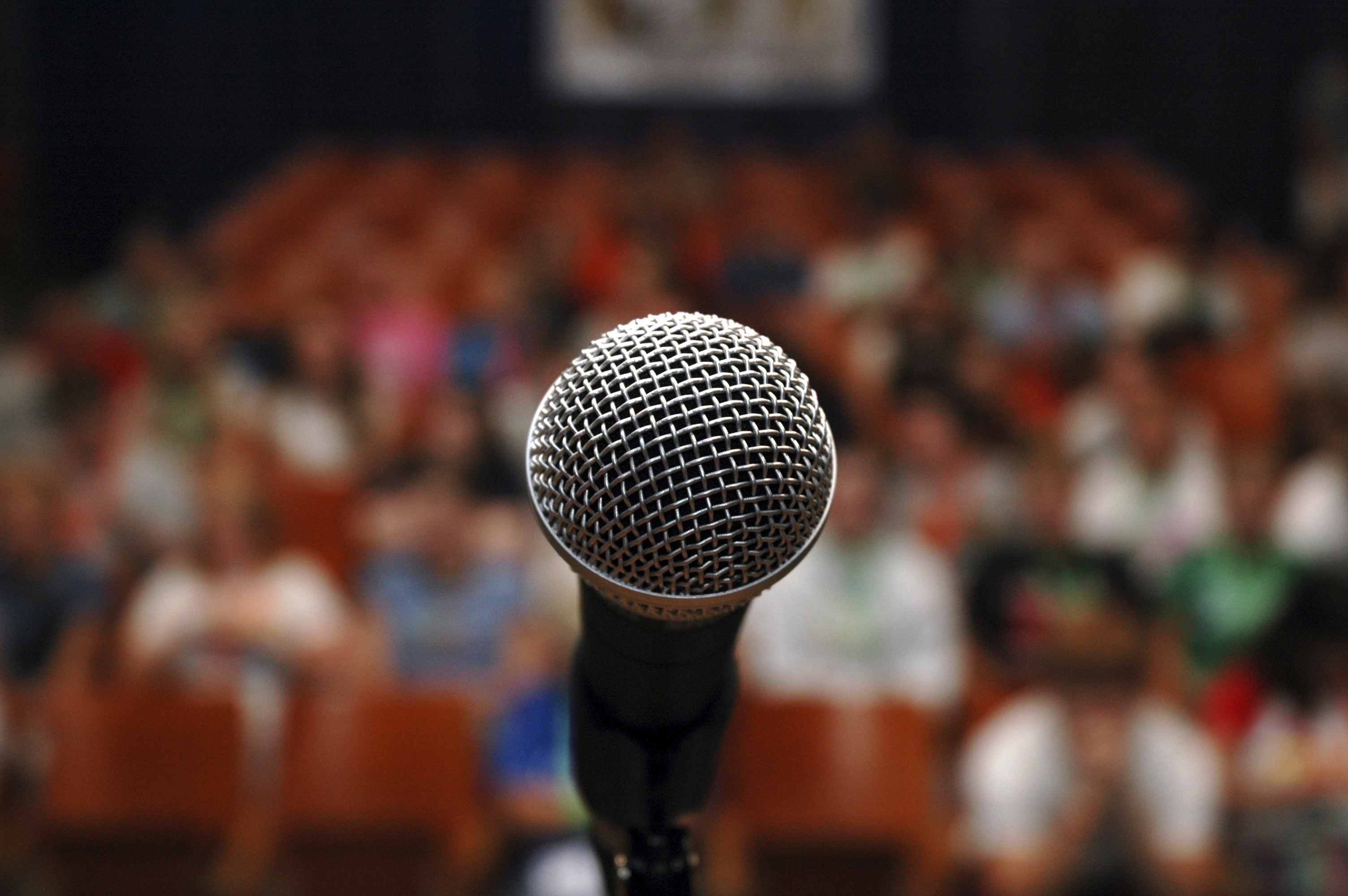 We applaud in total admiration and respect those that can so easily step in and speak. What is their secret? How can they do that? Is this an inborn genius, or is it somethings that anyone, with enough practice, can learn? Well, natural talent does help. In the same way that some of us are more introspective, while others are natural social butterflies, speaking in public can be a gift, or something that got nurtured early on, which ends up playing a positive impact later in life. BUT, there are some very practical tools that anyone can tap into to improve their public appearances. First, however, I will state the obvious – practice is key and no one truly master this skill without putting in some hours. A musician practices the same song dozens, even hundreds of times before stepping on stage. The same should be true of a great speech delivery. I will list some tools and then give some hints on how to practice your speeches.

Tool No1 – learn what kind of speaker are you: scripted, bulleted, or flow

Some speakers are better off scripting their speeches and sticking to the script. Those that feel more confident knowing the script of the speech inside out, will need to put in more hours of practice to memorize their speech. However, note that even great speeches that are scripted (think President Barack Obama) must feel natural to the audience, which means that if you must memorize, and have a cheat sheet in front of you, you must also practice coming in and out of the structure and improvise. To learn to inject your own charisma and humor, even if it isn’t written down, will make the presentation more engaging. With practice, these injections will become more and more natural to you.

Other speakers are better off having access to a list, or bullet-points in front of them, or as part of their Power-Point/KeyNote presentations. The bullet-points serve as great reminders of the key points to be addressed, but the spaces in between are filled from memory. The key here, if you are a bullet-point type of speaker, is that you stick to a consistent ‘story line’ and do not get side tracked too far off. Bullet-points are by far the most common speech assistance method and can be very effective.

Some speakers, and I fall into this category, like to have an image, a particular main story or case-study, from which the teaching flows. I call this type of speaker, flow speakers, because their presentations are crafted around multiple main themes and stories. In fact, a memorized and bullet-point speech can also be developed that way, and it is extremely engaging with the audience.

To find out what type of speaker are you, you may prepare a 5 minute speech and deliver it on camera using each method, one at a time. Watch how you interact with the camera and the material. The speech that feels most natural and comfortable is where you want to start. I used to literally freeze in front of the camera when my speech was bulleted, or even worse, memorized. I figured out with practice and time, that I need a single theme or story to develop from, and then create a teaching or speech from there.

Tool No2 – don’t suppress the stage fright, turn it into excitement

I heard once someone telling the audience that even great singers, and I think Bruce Springsteen was one of the ones quoted, would feel literally sick to their stomachs before stepping on stage, and then once on stage, deliver their great performance. What we can learn from this is that fear, in this case, stage fright, can be an asset rather than an obstacle. If we change how we relate to fear in this sense, we break the fight-or-flight cycle that stiffens the body, and actually blocks creativity:

“…the very same mechanisms that produce excitement also produce fear, and any fear can be transformed into excitement by breathing fully with it. On the other hand, excitement turns into fear quickly if you hold your breath. When scared, most of us have the tendency to try and get rid of the feeling. We think we can get rid of it by denying or ignoring it, and we use holding our breath as a physical tool of denial.”(Fritz Perls, MD, from Big Leap by Gay Hendricks)

How to actually do that? Well, by taking deep long inhales and deep and long exhales. Breath work will break the stage fright cycle, and bring you back to your body. You need this to be present when speaking, and your presence is what draws the audience’s attention.

Tool No3 – what do you want your audience to feel?

This is an important tool that can help you shift your attention from you, to them, which is a good thing. Do not ask, what are they thinking of me? But, rather, are they feeling what I want them to feel? Even very dry speeches – I used to deliver those by the batches as an engineer, can have a tone to it, and can and should have an intention that goes beyond ‘getting the point across.’ Anyone can stand up and ‘vomit’ information, but to lead the audience to feel in a certain way is harder, and it is a much better tactic to improve your speech delivery. You want your main points, your key movements on stage, and even tone and rhythm to be composed to bring the audience to a certain state of mind. When we are aware of this, and create the speech with that in mind, we are less concerned about us, and more involved with the audience. You want to be there for them, not you! Always remember that.

So now, it is time to practice.

I remember my first time delivering a speech after transitioning from engineering to coaching. This was the first time I was not going to be speaking about sustainable building facades but rather, my life and life’s lessons. I was terrified! I learned the three tools above, while practicing this 6 minutes speech, and the practice involved almost 8 hours of me staring at myself in the mirror, speaking. The fact is, that practice run taught me that body memory was extremely important. By the time I stepped on stage, surrounded by over a 100 people waiting for this Shakespearean speech, I had already trained my body to respond to the words. It was one less thing for me to worry. I was so involved with the audience, I felt truly one with them.