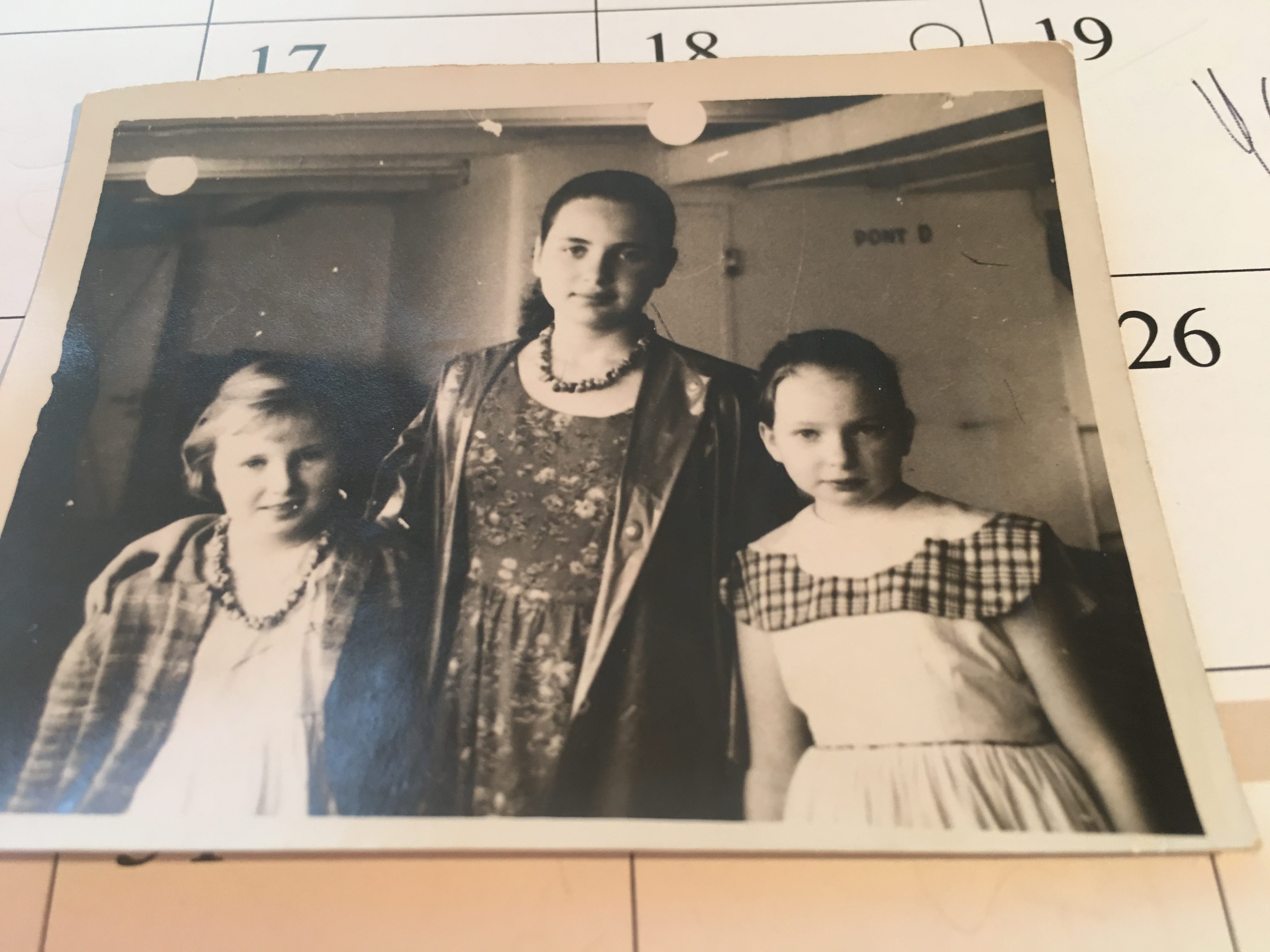 I am a Jewish Brazilian legal american resident. I come from a long lineage of extremely hard working, strong survivors from Eastern Europe. My dad flee communist Hungary with his parents when he was 7 years old. They went to Brazil looking for the land of opportunity, and peace. My mom, born in extreme poverty in Poland, also flee that communist country with her parents and two sisters, at age 13 (photo above is my mom to the right and her two sisters). They chose Brazil because there they had the only relatives that were still alive, after World War II.

I was born in Brazil and learned from a young age that segregation creates more of the same. The Jewish community in Sao Paulo, of roughly 200,000 when I lived there (a small fraction of the 20 million Sao Paulo inhabitants) kept non-Jews out and casted the ones in the community who married outside the religion. And, there was within the community segregation because of social status. Because I lived in a poor part of the city, I was casted out too. Have you read The Bluest Eye by Toni Morrison? In sum, this powerful book is a reflection on the deep, and almost too subtle layers of segregation that exists within same races. It isn’t just about being a certain race – being ugly, poor and physically disabled sets us apart from others too. The point is, that regardless of the religion or color we were born into, we are still largely responsible for how we create, or enable segregation.

I came to the US with a dream – dreaming of TRUE freedom. I dreamt of freedom of expression, non-judgement, inclusiveness, peace. And, like many 18 year old immigrant, I had to work twice as hard to get into the best schools, and graduate with honors. I saw first hand at home that being an immigrant has its challenges, and that if we want to make it work, we have to work hard. I chose a safe career path, as an engineer and architect, and after close to 16 years, I was given my green card, based on my career and achievements. That search for freedom took years off my life. Every step of the way, every new Visa request, every new application toward the Green Card would bring a deep wave of emotions – what if I am not allowed in anymore? I would stress every time I left the US, even with all my papers in order, taxes paid on time, and great resume, I felt largely dependent on immigration officers at the border, deciding on my fait. I also saw first hand that by being white, blond and blue eyed I was rarely sent to the immigration rooms at airports, but saw many sent there, with like papers, but different looks.

What is freedom to you?

Freedom to me is being able to come and go. Is being able to choose a career and make a living doing what I love. Freedom is also being of service, and today, to me, freedom is setting an example of non-judgement and inclusiveness to my daughter, and the next generation.

I am writing a small piece of my own story and I am urging others to do the same. No one is purely American. We all got here from some place. Some of us are here for a few generations, others, like me, are the first to arrive. But I think that we can all agree, what makes this country amazing is its diversity. And, what most of us have come here to find, is FREEDOM.

Let’s rise together so that neither of these two things, diversity and freedom, gets robed from anyone of us.