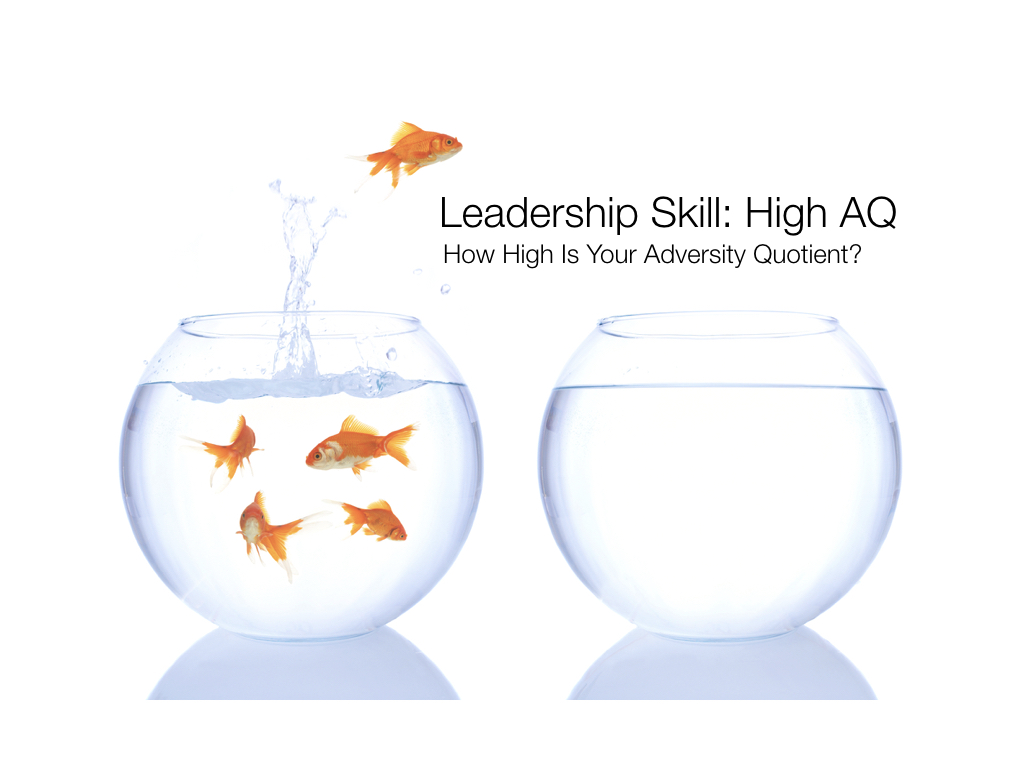 In a study described in The New Psycho Cybernetics book by Dr Maxwell Maltz, it was found that a common quality of all successful leaders at high level positions is a high level of what he coined, Adversity Quotient. AQ is one’s ability to:

Underneath each of these are a set of qualities that are critical to mastering leadership as one’s natural self-expression. I will explore a few key ones on this post.

I find this one quality critical to leadership. It is impossible to succeed in a leadership role, long-term, if you carry a constant sense of guilt or regret about things past. When we feel remorse for what we’ve done, specially if what we’ve done has had a negative impact on a person (or multiple people’s lives), then we have a choice to move into action. We can apologize, fix the mistake and all the consequences that have come from the act, and we can, above all, learn from this experience. Other situations in which we feel like victims, as if things have come in our path and we had not choice, or that we are fighting an unfair world, require a shift in perception. There is a well-known Thomas Edison interview in which he says that all the failed attempts in trying to create the first incandescent light bulb were feedback, so that he could do better next time. Apparently Thomas Edison made 1,000 failed attempts before reaching the end product. How many of you can honestly say that you have looked at your failures as feedback? This shift in perspective is not only crucial to great scientists, it is critical to any leader trying to inspire change and motivate teams. It will be in your demeanor if you believe the world is against you, and it will show up in your face, body language and speech, if you have not forgiven yourself truthfully and completely. There is a joke in which a  group of golfers go out in the field and one of the players has a heart attack and dies (it’s a dark joke, sorry!) and the other players keep dragging the dead body around until they finish all the holes in the game. Carrying this dead body is not only useless, it is just as energy intensive as anything else you may undertake in life. Pour this energy toward creativity and change and you will see how much lighter it can be to play this game of life!

High AQ 2 – one’s ability to not blame others

Similarly to the the first point, spending time in a blaming game is useless, always! You may be trying to convince yourself that there are exceptions to this and that what you are going through is unique, and that what they have done to you is worthy of your time and fight. In the same way that you can use remorse as a fuel to become a better human-being in the world, you can use your resentment toward another, or many others, to propel you forward. While you may sit in a blaming conversation, your adversaries may be using their resources to become better and to creating more. There is never going to be a time when such expenditure of energy is ever going to work for you. To be clear, letting go of blame does not imply becoming passive or becoming someone’s door mat. Letting go of blame just means that you choose to not let the situation turn you into a victim. You may be going through a situation in which engaging with legal support and fighting the strong fight is what is needed. Yet, you can still take the actions needed without victimizing yourself. Without your willingness to let-go you will become a leader that wears so many armors no one will want to get close. I have seen countless individuals at very high level positions turn many against them because they choose to be a victim and to see the world (specially the workplace) as a battle field. If your world shows up to you as a war that needs fighting, you will appear as a leader that many will feel they need to defend against. That, in and of itself removes you from a real position of leadership. Take the highest ground because, ultimately, when you live in resentment you will be the one sipping the poison, not your enemies.

This one is tricky. You may be wondering if there is an in-born capacity that certain leaders have to trust in their gut feelings, or carry the confidence needed no matter how tough the situation. No, you can have that secret sauce too. In fact this ‘secret sauce’ is not so secret – it is called non-resistance. By not resisting a situation you will remove unnecessary friction. When situations seem terribly bad, to move into a place of trust you must first and foremost push an internal pause button delaying the state of panic, even if only a few hours. When you enter into a state of panic you will shut down the basic functionalities of your body, including your digestive system and blood flowing to your brain. You will be in, what is known as, a fight or flight state in which your brain is signaling real danger and a need to focus all your energy toward running and killing the prey that is attacking you. This all happens at the reptilian brain, the oldest part of your brain, and once triggered , its signals act much faster than your ability to control it. Therefore, it is critical that you practice the non-panic button before it is too late. What happens next? Once you have had a chance to pause, you can welcome the situation in full view and create a list of possible actions you can take. Focusing on what you can do is extremely empowering and often helps you to find the exact resources and support you need to tackle the problem at hand. Will you always succeed and overcome the problem at hand? Probably not. But the key here is that during the process of figuring out solutions you have not lost your leadership to panic and fear. The worst that can happen is that you will have handled everything as well as you can and, again, learn from this experience, rather than suffer the adverse effects of guilt and resentment, listed above.